Overlapping plans and pushing boundaries in the Western Arctic

The Willow Master Development Plan (MDP) refers to the proposal by ConocoPhillips Alaska, Inc. to build up to five drill sites of up to 50 wells each, a central processing facility, an operations center pad, miles of gravel and ice roads, pipelines (including pipelines under the Colville River), a gravel mine just west of Nuiqsut, and a gravel island in Harrison Bay. The Bureau of Land Management released a Draft Environmental Impact Statement (DEIS) at ConocoPhillips’ request, on August 23, 2019. The DEIS comment period has been extended two weeks, until October 29, which is far shorter than what the Native Village of Nuiqsut, the North Slope Borough, and environmental groups requested.
ConocoPhillips is currently the biggest lease holder in the National Petroleum Reserve-Alaska (NPR-A), in Alaska’s Western Arctic. They already own several other oil infrastructure projects, including Greater Moose’s Tooth-1, which started production last fall, and Greater Moose’s Tooth-2, under construction to the east of the proposed Willow development.
The Willow project is moving forward at the same time that the BLM is preparing a new Integrated Activity Plan and Environmental Impact Statement (IAP/EIS) for the entire NPR-A, of which Willow is a part. The IAP is the BLM’s planning and management document for the NPR-A. The Record of Decision (ROD) for the current IAP/EIS was signed in 2013. It was the first IAP that considered the NPR-A in its entirety and provided for what many called a “balanced” management approach that included protecting 11 million acres within five Special Areas (including expanding the Teshekpuk Lake Special Area and creating a new Peard Bay Special Area) and making 11.8 million acres available for leasing. The 2013 IAP was the result of years of intensive work including extensive consultation with traditional and Western scientists, community leaders, industry, and conservationists.
The comment period for the Willow MDP DEIS closes on October 29 and rumor has it that the Draft IAP/EIS will be released around the same time. While assessing impacts to Willow based on Special Areas and other stipulations in the 2013 IAP, the BLM is moving to change those very bookends for development. Willow is huge, and the proposed development is pushing hard up against the boundaries (and even within the boundaries) of the Teshekpuk Lake Special Area. The Nanushuk formation – into which oil industry seeks to further expand—underlies much of this critical Special Area.
ConocoPhillips has made it clear that they want to be able to develop farther north and west into the Teshekpuk Lake area, something they can only do if a revised IAP allows for it. In the meantime, they are actively developing and seeking to develop as much as possible on that boundary. Comment on the Willow MDP DEIS to let BLM know your concerns – and let them know we’re paying attention.

Some of the main points to make in your comments on the Willow Project:

These talking points will help you speak out about why you oppose the Willow project and what you want BLM to do. Start out by expressing your opposition and concern:

You can submit your comments: 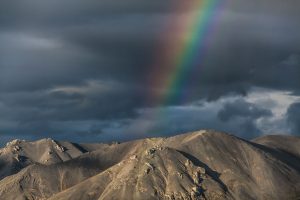