Limited edition prints measure 11″x14″ including the border. Prints are signed and numbered by the artist, Krisit Sandberg. All procceds will benefit the Northern Alaska Environmental Center.

I read somewhere the notion that “The plight of the polar bear highlights the plight of our planet.” At-risk polar bears are often a sign of something wrong with the arctic marine ecosystem.

I found humor in the evolution of this piece. As I painted this concept, my idea was becoming closer and closer to reality. It was no longer a vague concept. It was REAL! Guess what? Neither is it’s name’s sake! It undeniably exists and needs our attention!
Thought it may be a humorous portrayal…. (placing the great arctic animal with a tiny tropical clownfish amidst colorful corals)… Climate Change is nothing funny. The resulting melting sea ice affects numerous northern creatures. As it recedes, so does the habitat of these great animals. I pushed it to the extreme in this artistic portrayal. All the way to habitat exchange. Is that more or less absurd than accepting the reality that faces our planet?
Kristi Sandberg
Print is 14″x11″ including white matting border. 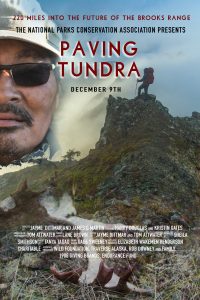